“Między drzewami” (Eng. “Between The Trees”) is the first podcast in Poland, which is fully dedicated to the topics of wildlife conservation, Poland’s forests tourist attractions and forest management. The podcast was created in cooperation between Lasy Państwowe (Eng. State Forests) and Storia by Abstra – the only business entity in Poland which merges know-how in creation of YouTube video content with production of podcasts. The show is hosted by group of professional foresters for whom their profession is the ultimate expression of passion and love of the wildlife. The new “Między Drzewami” podcast episodes are published on every Wednesday on Spotify, Lecton, TuneIn and Stitcher platforms. They are available as well on Apple and Google Podcasts apps. The video version of “Między Drzewami” is also available on the official “Lasów Państwowych” YouTube channel.

Jak TO Robić?” (Eng. “How to do IT?”), first feature YouTube channel about sexual education for young people in Poland, won 3x IAB MIXX AWARDS 2019, the most prestigious digital marketing award in Poland. The channel, which was created in partnership between Abstra and Durex brand, was awarded with Gold in “Content marketing” category and Silver in “Online marketing with influencer”. “Jak TO Robić?” was also awarded with BEST IN SHOW IAB MIXX AWARDS 2019, which means that it was chosen as the best digital marketing campaign in 2019 in Poland! In December of 2019 “Jak TO Robić?” channel was also awarded with Silver in the “Content marketing – branded content” category in the “Złote Spinacze” (Eng. “Golden Clips”) awards – the most important contest of the Public Relations branch in Poland.

“Porozmawiajmy o IT”(Eng: “Let’s talk about IT”) podcast, a part of the Storia by Abstra network, started a commercial cooperation with Nationale-Nederlanden, one of the largest insurance groups in the world. It is the first such partnership of Storia by Abstra – the only business entity in Poland which merges know-how in creation of YouTube video content with production of podcasts.”Porozmawiajmy o IT” is one of the most popular Polish podcasts regarding the IT branch. The subject of the new episode, which was created in partnership with Nationale-Nederlanden, is the recruitment and the work culture in the IT department of the large corporation. Two Nationale-Nederlanden experts took part in the broadcast – Edyta Borowska, HR Business Partner and Marcin Wójcik, Scrum Master. The conversation brought up such topics as recruitment steps to international corporations, staff rotation, IT projects management and the pros and cons of working for such large organization in comparison to startup.

Mojca Tirš, who had previously worked in Cheil Poland and BBDO advertising agencies, took the position of Creative Director at Abstra – a leader in the video content production on YouTube in Poland. At Abstra Mojca is responsible for the development of the creative team and will be overseeing the preparation of creative offers for Abstra’s commercial partners. Mojca Tirš has over 12 years of work experience in the creative branch. On a position of Creative Director she was overseeing the 20+ creative department at Cheil Poland agency. At Abstra she is responsible for building, managing and development of the creative team. Her other responsibilities include supervision of the high quality of Abstra’s creative offers as well as creative realization of Abstra’s commercial partners marketing strategies – initiating, planning and realizing the artistic concepts which are later implemented in the Abstra productions.

Abstra, the largest independent video content producer on YouTube in Poland, began its expansion on the audio market through launch of Storia by Abstra. It is the first business entity in Poland which merges know-how in creation of YouTube video content with production of podcasts. A portfolio of brand new video podcasts was created through Storia by Abstra as well as the “podcast as a service” model, dedicated to commercial partners. Another part of Storia by Abstra is the Storia Podcast Platform, created to cooperate with the biggest and most interesting podcast creators in Poland.

Summary of Abstra operations during 1st half of 2019

On 23rd of August Abstra, the largest producer of video content on Polish YouTube, published the effects of its operation in the first half of 2019. During the first 6 months of this year Abstra achieved a 67% increase in number of commercial partners. Therefore, the number of commercial realizations gained a 38% increase comparing to the 1st half of 2018. Between January and June 2019 the company had also 49% rise of its revenues from the advertising area in comparison to the analogical time period in 2018. Abstra has as well increased its earnings from AdSense for 119%. The number of views of Abstra portfolio on YouTube has 15% rise.

Brand new Abstra channel entitled “Przyjaźń czy miłość” has recently debuted on YouTube. Every episode of the series focuses on humorous dilemmas of young people – Adam, Daga, Damian, Maks and Nastka, regarding friendship and love. All of the characters, age around 25, frequently meet at a bar, where they talk about their past and present relationships with lots of humour and ironic teasing. New episodes will be premiered on YouTube every week.

Maksym Ziółkowski goes on his feet from Gdańsk to Warsaw, to collect funds for Ryszard Szurkowski

Popular YouTuber will cover a distance of over 340 kilometres from Gdańsk to Warsaw, to collect funds for Ryszard Szurkowski – one of the Poland’s best cyclists in history. More information about another Maksym’s challenge can be found on his YouTube channel and Maksym’s Instagram account.

n July 2019 Abstra joined IAB Poland and SAR – two of the leading organizations, which consist of the biggest and most influential companies taking up the idea of the marketing communication to the next level. In structures of IAB Poland Abstra will take part in works of workgroups related to digital marketing. Inside the SAR organization, Abstra representatives will be included in the works of Ad/Tech SAR club.

How YouTube changed during the years? Interview with Rafał Masny on INN Poland

How YouTube changed since 2012? Does earning on Internet have an negative impact on YouTube content? Rafał Masny, the co-founder of Abstra and Abstrachuje.tv presents his opinion on these and many other matters in an interview published by INNPoland.pl

In June of 2019 Maciej Szwarc took a position of CEO in the structures of Abstra – the largest producer of video content on YouTube in Poland. Until then this function was performed by Robert Pasut, who took up a new position of Content Strategy Director. Pasut’s main responsibility is from now the realization and implementation of the creative solutions for the rapidly increasing number of Abstra’s commercial partners. Since November 2018, Maciej Szwarc held a position of Chairman of Abstra Supervisory Board.

Every summer dozens of dogs die due to people’s thoughtlessness which allows them to leave dogs in the hot cars. Czarek Jóźwik of Abstrachuje.tv was invited to “Pytanie na Śniadanie” to discuss this burning problem. 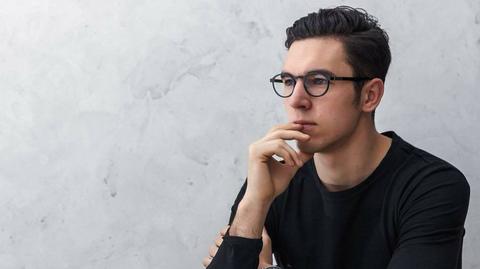 What is the operating model of Abstra? How was it possible that company which started with just one YouTube channel, turned into the Poland’s largest video content producer on YouTube? Answers for these and many other questions can be found in the interview with Olek Wandzel, VP Strategy Abstra.

Abstra, the Poland’s largest video content producer on YouTube, in cooperation with the Żabka Polska retail chain, launched a new entertainment channel on YouTube. The content published on “Kumaty” channel consists of funny and unusual challenges. In majority of the episodes YouTube creators from another Abstra channels make a guest appearances. “Kumaty” is the second channel in Abstra portfolio which was launched in cooperation with the commercial partner.

Abstrachuje.tv on the cover of “My Company Polska” monthly

The cover, interview and the 1st place in the “Poland’s most popular YouTubers” ranking. All of this belongs to members of Abstrachuje.tv – Robert, Czarek and Masny. Everything about them ca be found in the newest issue of prestigious “My Company Polska” monthly. In the in-depth interview, Rafał Masny, co-founder of Abstra and Abstrachuje.tv along with Olek Wandzel, VP Strategy Abstra, discussed the history of company, their successes, failures and business plans for the future.

Reckitt Benckiser, the owner of the Durex brand, in cooperation with Abstra, the largest producer of video content on Polish YouTube, launched “Jak TO Robić?” – a brand new YouTube channel with aim to improve the knowledge of Polish teenagers in terms of sex. Every week a new episode will be uploaded on the channel merging educational content with entertainment. Thanks to this approach the young viewers will learn more about the human’s sexuality and will receive a help in answering every, even the most challenging questions regarding this side of life.

Rafał Masny, cofounder of Abstrachuje.tv, the most popular entertainment channel on YouTube in Poland, launched his own vlog entitled “Masny kanał”. Every week a new Masny’s video will be uploaded on the channel, in which he will discuss in his unique, peculiar style, a topic which interests or amuses him. A large dose of sarcastic humour is guaranteed.

On 23rd January of 2019 Abstra, the largest independent video content producer on Polish YouTube, has published effects of its operation in 2018. During the last year Abstra productions received 567 million views and the company generated more than 8.2 million PLN advertising revenue. It is almost 3 times more comparing to the results of 2017. In 2018 Abstra has also realized over 100 campaigns for its clients.

The most popular video of 2018 on YouTube in Poland was the Abstrachuje.tv parody of the “Tamagotchi” from the Taconafide repertoire. To furtherly confirm the dominating position of Abstrachuje.tv in Poland, another Abstrachuje.tv video landed on number three of the ranking. It is also worth to mention that video of “Beksy” channel has been as well included in the “YouTube Rewind 2018” Top 10.

Over 1 billion views in total of Abstrachuje.tv!

In the beginning of January 2019 Abstrachuje.tv has achieved, as the first entertainment channel on YouTube in Poland, over 1 billion views! It is the another spectacular success of Robert Pasut, Czarek Jóźwik and Rafał Masny – the Abstrachuje.tv and Abstra founders.